Sandler Brief: When Is No Decision A Decision?

May 29, 2020 by Stephanie van Dam in Prospecting & Qualifying 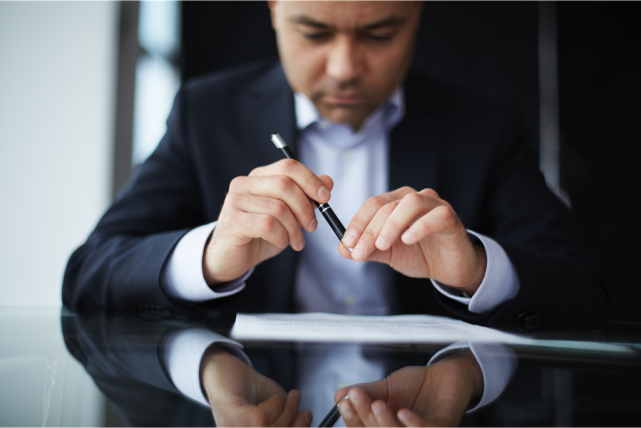 Have you ever gone out shopping for something and run into a salesperson who was a little too eager to show you exactly what you were looking for?

You know the kind of retail experience we mean. When you walked in the store, you did have an interest in the product, and you were considering buying . . . but the pressure you got from that salesperson wasn’t helping you to feel warm and fuzzy about the buying experience. Truth be told, you’re now wishing you hadn’t walked into this store at all. You really feel like getting out of this situation, and out of the store, so you can see what is on offer elsewhere.

So what do you do? You extricate yourself from a potentially awkward situation with that salesperson by uttering the magic words: “I just need a little time to think it over.” It works.
You’re free!

THE CODED MESSAGE – “THINK IT OVER”

We hear this all the time, as professional sellers, don’t we? Surprise, surprise: It means the same thing when prospects say it to us as it does when we say it to other salespeople.

Let’s be brutally honest. “I need to think it over” is really a coded message from the prospect. When you take the time to decode it, here’s what you’re really hearing: “No.”

Here’s a true story about the “think it over” response. Jim, a salesperson, was proposing a fairly large project to a prospect, Dolores.

Near the end of Jim’s presentation, Dolores said things like, “Gee, it looks interesting.”

And: “We have a lot of interest in what you’re offering.” And: “You’ve done a great job today.” All of those remarks gave Jim a good feeling, a feeling that this sale was about to close.

Then Dolores said: “Jim, let us get back to you next week. This looks really good, but we do need to think it over.” She was very pleasant as she said that.

When Jim made it back to the office, he told his boss that the presentation had gone great, and that he expected a “yes” answer in a week or so, when Dolores got back to him, as she had promised to do.

But then Dolores didn’t get back to him. Jim kept her on the active list for weeks, though, and kept projecting income from that deal. He spent a fair amount of time leaving voice mail and email messages for Dolores.

He even spent time setting up and emailing a revised proposal – based on zero feedback from her. That proposal generated no response.

Did Jim ever really have a sale? Your own experience should give you the answer.

After all, you’ve probably used “I need to think it over” often enough to know that the odds were not on Jim’s side.

GET THE “NO” UP FRONT

Whenever we hear this “think it over” response, we need to remind ourselves that, nine times out of ten, the answer is going to be “No” — but just like the customer in the retail setting, the prospect doesn’t want to say that word “No” out loud. It’s too awkward.

As professional salespeople, we need to be OK with that awkwardness. If it’s going to be a “No,” we are much better off figuring that out right up front. Even though, on an emotional level, we may not actually enjoy hearing those words, from a rational standpoint, it’s vitally important that we identify what is really happening in the relationship.

So when you hear “I need some time to think it over,” consider a different approach than the one Jim took. Maybe try planting your feet, standing your ground, and being willing to say to the prospect what Jim should have said. “With all due respect, Dolores, that decision not to make a decision really is making a decision. That’s a ‘no’ in my world. And it’s OK to tell me that.”

He would have gotten a much clearer sense of where he actually stood … and he wouldn’t have spent precious time, effort, and energy pursuing a sale that was never going to happen.

Stephanie is the owner of Clydesdale Performance Management and a former Sandler student who has come back into the Sandler Network, driven by a passion to help others sell, deliver exceptional customer service and excel as leaders.

Fear of Technological Change Can Help You Sell

Turn Bad Times to Your Benefit