Sandler Brief: Be A Dummy - Struggle On Purpose! 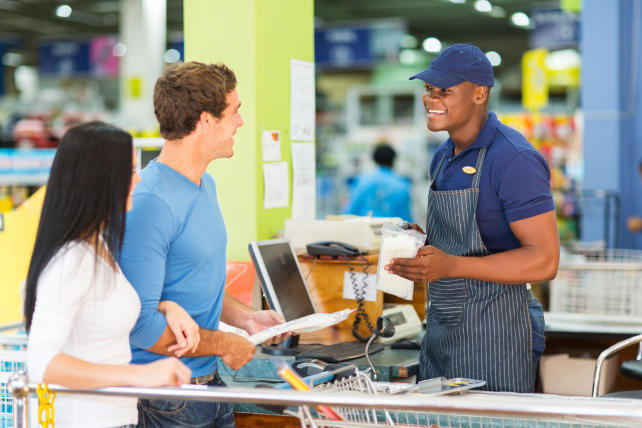 Once upon a time, there was a young kid who graduated from high school, took a look at the help wanted ads, went out on a couple of interviews, and, within just a few days, landed his very first job. He was hired as a salesperson by one of those big box stores.

They assigned him to the air conditioner and heater department. There really wasn't any training to speak of, so on the morning of his very first day, he had no idea what to do when an elderly lady walked into his work area and said, "Can you please help me pick out a heater?"

He didn't even know where the heaters were. But he was honest enough to say, "It's my first day, ma'am. Follow me and we'll find them." This disarming honesty caused the elderly customer to smile. She followed him down a long aisle.

Before long, they found where all the heaters were stacked up on shelves. He asked the woman what kind of heater she was looking for, at which point she started talking at length about what she thought she needed and where in her house she wanted more heat. The young man paid close attention to everything she said. He asked lots of questions. When she asked him something about a specific heater that he couldn't answer, he pulled the relevant box down from the shelf, read out loud from the box, and helped her figure everything out. This, too, made her smile.

With the young man's help, she settled on the heater she wanted. She was very happy with her selection. As they walked up toward the front of the store she asked, "Where do I pay for this?"

He looked around, and then said, "You know, I'm really not sure. Let's figure that out together." And she smiled again.

Eventually, he succeeded in getting her to the cash register with her purchase, and she checked out. On her way out of the store, she spotted a manager, walked up to him and said, "Do you see that young man over there?"

The manager nodded and said "Yes, ma'am, I do."

"Well," she continued, "I just want to make sure you know that he is an excellent salesperson."

In the weeks that followed, lots of other customers seemed to agree. That young man very quickly delivered the highest sales numbers the air conditioner and heater department had ever posted.

About a month after he had started on the job, though, management decided to send him off for training on all their heating and air conditioning products. He spent three straight days learning all about heaters. By the time he made it back to the big box store, he was a heater expert.

Fast forward three months. Can you guess what happened?

When management pulled up the figures on sales in his department, they found that they had plummeted. Why? Because once the young man became an expert, he stopped listening and stopped asking questions. He started proving that he already had all the answers. He started delivering monologues. He started showing off all of that shiny new product knowledge about heaters.

His sales totals only went back up when he started to ask the very same questions he used to ask . . . back when he knew absolutely nothing about heaters.

Stephanie is the owner of Clydesdale Performance Management and a former Sandler student who has come back into the Sandler Network, driven by a passion to help others sell, deliver exceptional customer service and excel as leaders.
Share this article: